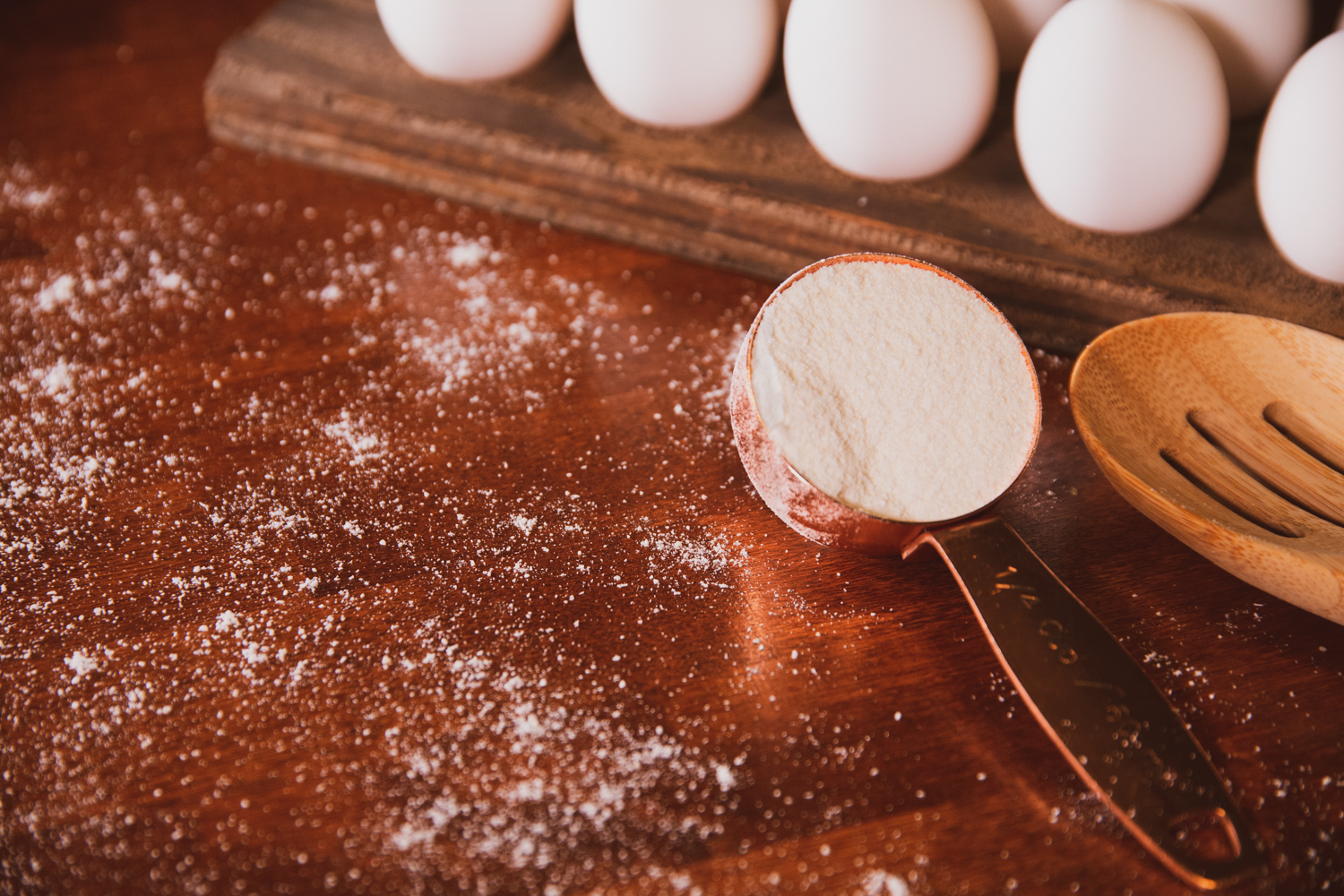 Plop. A young boy eager to help his mother bake a cake, scooped out a heaping cup of flour and dumped it in the bowl. Next, he grabbed the measuring spoon she had told him to use and dipped out a heaping spoonful of baking powder. He stirred vigorously, creating a white storm cloud of flour. When the storm had settled, most of it on Jared, he set the bowl on the counter next to his mother with a loud bang. She couldn’t help but chuckle at her little eight year old boy, his once vibrant red hair now dulled with a light dusting of flour.

She handed him the cocoa and a half cup measuring cup, and asked him to measure out the cocoa. Once again he scooped the cup heaping full and plopped it into the bowl.

“Jared!” His mom exclaimed. “Have you been measuring all your ingredients that way?”

He nodded and a quizzical look came across his little freckled face. Why would that matter? He wondered. More was always better, right?

Patiently his mom explained, “You have to be very careful when measuring your dry ingredients. If you don’t measure them carefully, your recipe won’t turn out right,” She told him. “Instead of putting a cup of flour in there you may be putting the equivalent of a cup and a half. Instead of a teaspoon of baking powder, you may be putting in a teaspoon and a quarter. It will make all your measurements completely different, and your recipe will not turn out right,” she explained.

“This is the best and most accurate way to make sure your measurements are the same each time,” She explained.

They finished the first cake with all the lopsided measurements, and stuck it in the oven. While it baked Jared and his mother made another cake. Armed with the butter knife his mom gave him, he carefully made sure every measurement was dead on, and not one extra grain of flour was going to defeat him.

Once both cakes had finished baking, they cut a slice out of each and compared them. The first cake was dry and had an odd texture, but the second one was moist and decadent. After tasting both Jared knew without a doubt he was going to measure his ingredients carefully from now on.

Not only are stories more interesting to read, they stick in our minds much more than a dry article.

If you enjoyed this article on measuring dry ingredients, check out some our other baking basics articles, such as the “First Rule to Low Carb Baking“, or “Repurposing Mistakes.”

Though  this story refers to the powdery white flour we try to avoid it still pertains to low carb baking even more so, as low carb recipes are less forgiving.

For those of you who are new to baking and nervous to tackle it, don’t be. Though your first creation may not turn out perfect that first try, It’s okay. Nobody can deadlift 300 pounds first try. No-one can squat 200 pounds first try, and I know my first attempt at low carb baking came out FAR LESS than perfect. There are still those days that my cookies are over-baked, my cheesecake lumpy, or my bread underdone. It’s all a part of being human, and trying to create. I firmly believe it takes failure to help create success. If we never failed, that means we never tried, and if we never tried, we would never learn from our failures nor our successes.

So don’t be afraid! Tackle that baked good you have been wanting to, and go start tackling that deadlift! You got this!