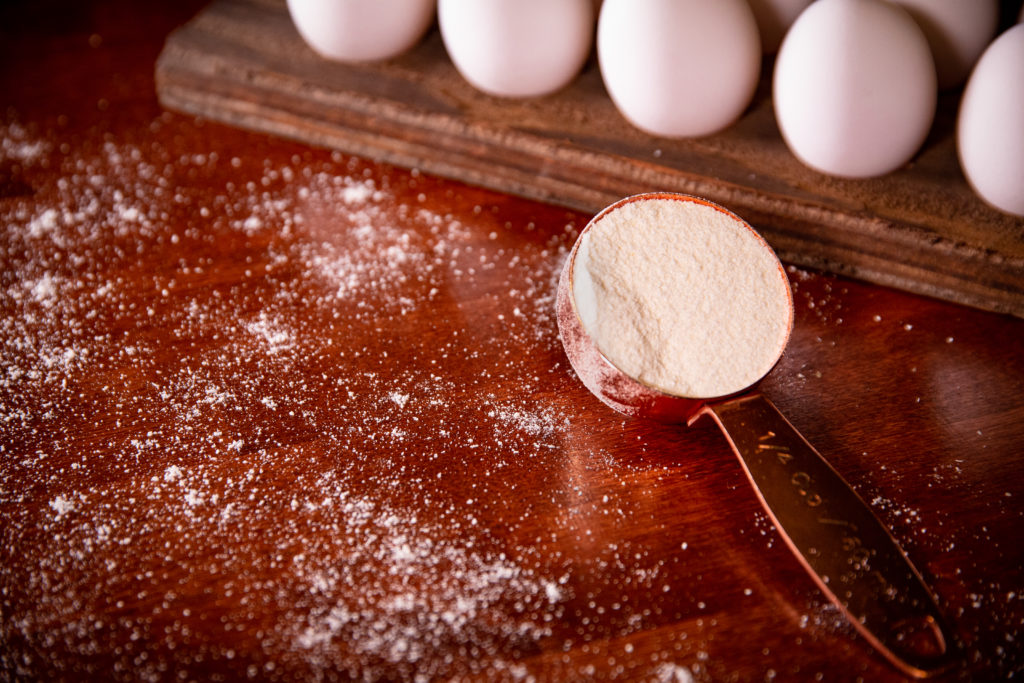 What is Gluten? How Do I Substitute It?

When most people hear the word gluten, they think of it as just another word for wheat. Though this answer is somewhat correct, gluten is so much more than that. While wheat has higher amounts of gluten than other grains, gluten can also be found in various other grains such as rye, spelt, and barley.

Gluten is actually a type of protein made of two specific protein types, glutenin and gliadin. Glutenin is what gives your bread its elasticity, and gliadin gives it stability. When these two proteins become hydrated they bond together to form gluten, creating a rather amazing molecular structure that holds up superbly well to heat. As your leaving agent activates, the bread is allowed to rise as the glutenin allows it to stretch, and your gliadin keeps the dough holding it’s shape. Together these two proteins create an amazing and unique binding agent that is nigh unto impossible to recreate using anything else.

“Why the science lesson on gluten?” You may be asking. Understanding what gluten is and how it works is essential to knowing how to replace it. While there’s not another ingredient out there that completely replicates gluten, there are several great low carb binding ingredients out there.

What to Substitute It With

Eggs are probably my favorite “gluten substitute”. High in good proteins, and only containing a half a gram of carbohydrate per egg, eggs are the ultimate binding agent in low carb cooking. Their neutral flavor allows them to be used in any type of food whether savory or sweet, while providing a little extra protein. (Me being a weight lifter, this is a HUGE plus.) You’ll find many low carb recipes use lots of eggs, and I completely understand why.

Xantham gum is another binding agent that can be used in low carb cooking. Xantham gum has next to no flavor making it undetectable. Not only can it be used in baking, I also use it often in sauces as a cornstarch replacement.

Experts say people with egg allergies can replace eggs in gluten free baking with xantham gum. However, this is not something I’ve tried as xantham gum doesn’t have the nutritional benefits that eggs do, and doesn’t provide the added moisture that an egg can. If any of my readers have tried this please leave a comment letting me know how it worked for you! I would love to know!

Psyllium husk is another option in the world of low carb baking. This fiber helps your creations retain moisture and can actually trap gasses put off by yeast helping with stability in some baked goods.

Gelatin is another low carb friendly binder. By trapping water gelatin helps add stretch and pliability to your low carb creations. I personally love using a little bit of gelatin in my cookies as it adds a chewy quality that cannot be rivaled.

While this may sound weird, mozzarella cheese is actually an awesome binding ingredient. It’s stretchy quality gives your dough elasticity, and when combined with eggs which give the dough stability these two ingredients can create some pretty amazing low carb breads.

By using various combinations of these gluten substitutes you’ll find you can recreate many of your favorite gluten filled treats. Of course they won’t be quite the same and won’t have quite the same texture as gluten doesn’t have an identical twin, but they can come pretty close.

For those of you new to the Keto or Low Carb diet please keep in mind we are here to help you learn to bake and are not nutritionists. If you would like to learn more on how wheat and carbs negatively impact your body check out https://www.ketogains.com/2020/12/introduction-to-the-keto-diet/ for some great information on how the keto diet works.