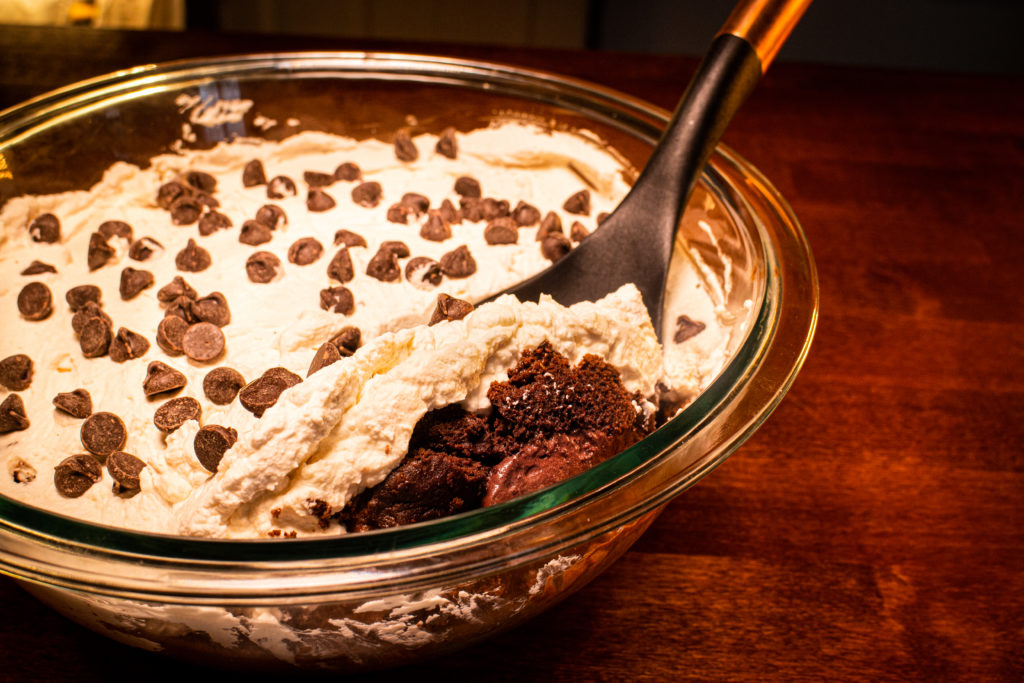 In my experimentation with what was supposed to have been this week’s recipe I learned a very important lesson in low carb baking.

While this is an excellent practice even in traditional baking, low carb ingredients are often more pricey, making it all the more important to learn to repurpose goods that may have came out less than perfect.

It was a cold winter’s Saturday morning, when I decided to try to make some chocolate donuts. Everything seemed to be going great; I mixed up the batter with no problem, poured it into my donut pan, and stuck them in the oven.

About twenty minutes later my donuts were done, and were resting on the counter to cool. While they cooled I pulled out my camera, and set up my lights so I could take photos of the finished product.

After they had fully cooled, I began carefully removing my donuts from the pan. The first donut came out okay, but part of the top stuck to the pan. The next one did the same thing, and as I went on each donut seemed to stick worse and worse. When I was done I looked at my plate of “donuts” and felt so disappointed. 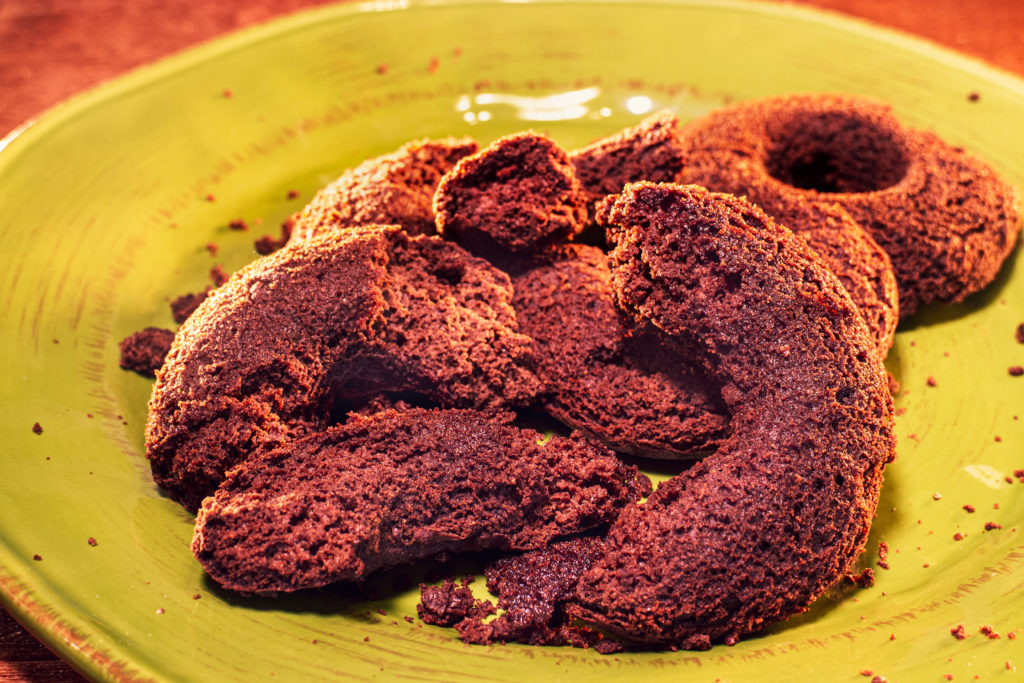 Forlorn, I texted my mother telling her the donuts I had been so excited about were a complete flop. Her immediate reply was, “Make a trifle.”

“What a great idea!” I thought, then was immediately embarrassed for I had been so focused on the failure, and  had failed to think outside the box and think of a solution. After promptly thanking my mother for always great advice, I went to work on making a trifle.

I took the chocolate frosting I had made, (which had also flopped), added extra cream, and sweetenerto it, and whipped it in my KitchenAid until light and fluffy.

After that I took  about half of my broken donuts, crumbled them up into a bowl, then spooned the chocolate cream mixture over that.

I then cleaned out the bowl, added some whipping cream, vanilla, and sweetener, then turned the mixer on again. While the mixer whipped the cream I added the remainder of donuts on top of the chocolate cream in my trifle. A few minutes later stiff peaks were beginning to form in my cream, I let it beat a little longer, then stopped the mixer, and spooned my delicious home made whipped cream on top of my trifle.

What else does this need? I thought to myself, feeling that this trifle was lacking something.

And then it hit me. Lily’s Chocolate Chips.

I sprinkled some of my favorite chocolate chips over the top, scooped out a serving, and tasted my “mistake.” I was immediately delighted, for this trifle didn’t taste at all like a mistake. Rich and decadent it was a sure winner. I decided there and then, if all “mistakes” were as good as this one, I would welcome them with open arms. 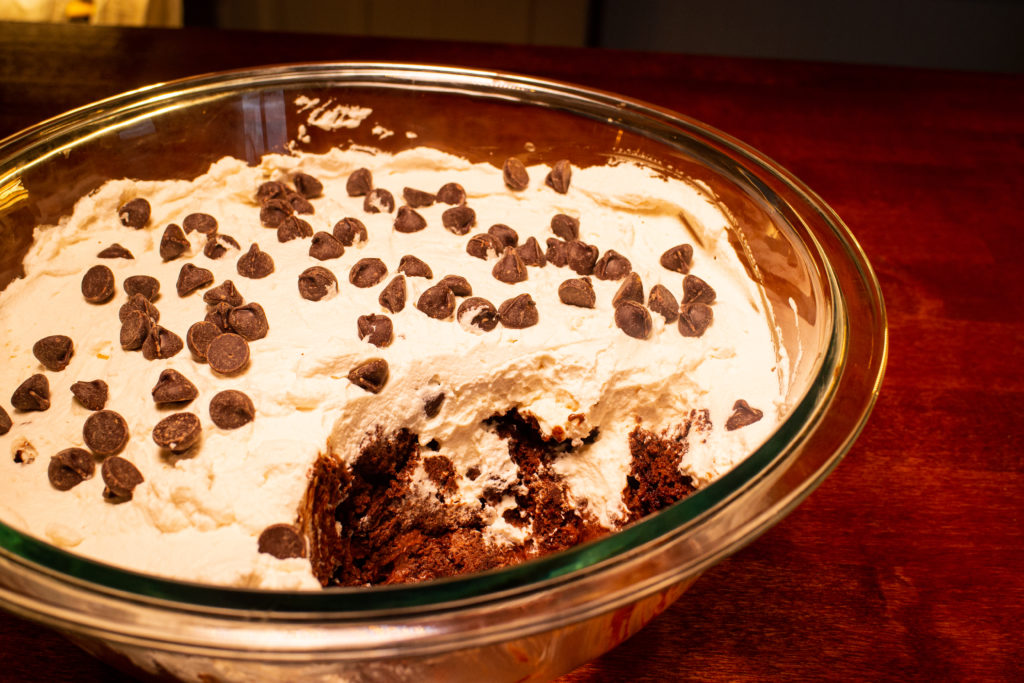 If you would like to help support Rocky Mountain Baking, use the links in the above article to make your Amazon purchases. As an Amazon affiliate we receive compensation for any purchases made through these links, and these purchases will help us to keep our content free for all.